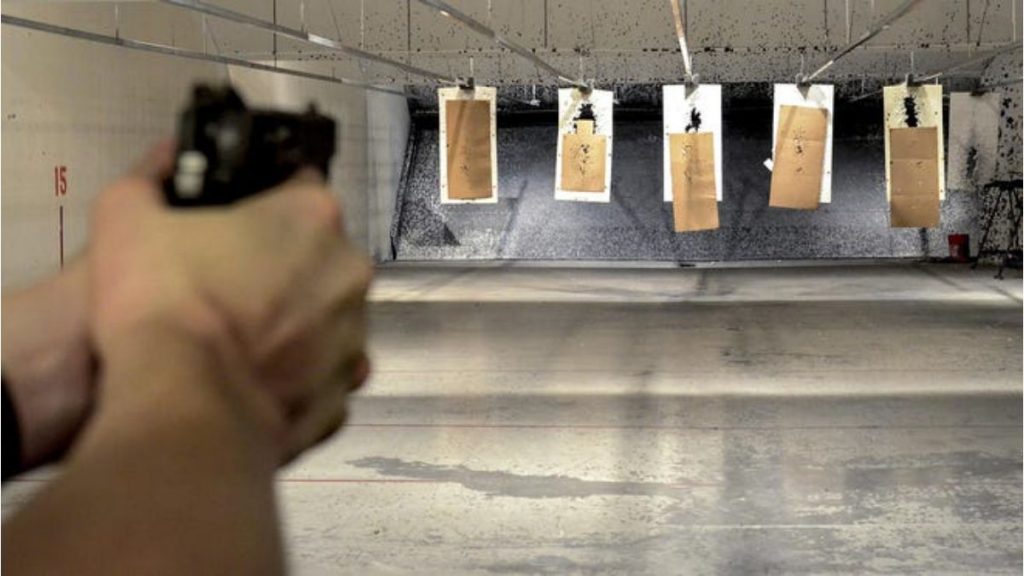 Generally a shooting range is constructed of hard concrete walls or cinder block filled with concrete. These ranges are soundproofed to the outdoors, but on the inside, the noise from muzzle blasts can be unbearable to the shooters even with ear protection.

The problem is that the noise from the firing weapons is confined and has no where to go within this space.

There are ways to reduce this noise by up to 15 dB, which doesn’t sound like a much, but it would actually make the range much more tollerable and would keep the muffle the noise and prevent it from reflecting endlessly off of the walls, ceiling and the floor of the range.

There is a panels that is called BlocknZorbe panel that is a propylene bead board panel that is extremely effective and reducing the reverb and reflective noise from the interior of the range.

Obviously the more area you cover the better the reduction would be.

The method for reducing the reflective noise is relatively easy. On the concrete walls as well as the ceiling you would attach 1″ furring strips attached with masonry screws. The furring strips would be placed 2 ft apart to allow for a bonded acoustical cotton backing to be fitted between these strips. The bonded acoustical cotton helps to absorb the reflective noise in conjunction with the BlocknZorbe panels which we will discuss more in this article.

These materials are relatively inexpensive and can make a remarkable difference in the internal acoustics of your firing range.

this system has a two fold purpose and is able to absorb the noise from both sides. The bonded cotton is one of the most sound absorbent materials on the market today and in conjunction with the BlocknZorbe panels which block and diffuse the sound, you would have a very effective sound reduction system and your range would be much more appealing to your shooting customers.

For more information on reducing the reverb and reflective noise in your firing range, please contact the professionals at Soundproofing America, Inc.

The BlocknZorbe™ panel is one of our most popular products. It is a multi-purpose panel made of polypropylene bead board type panel that is used extensively in outdoor and indoor applications.

Thanks for reading and learning about Gun range soundproofing.