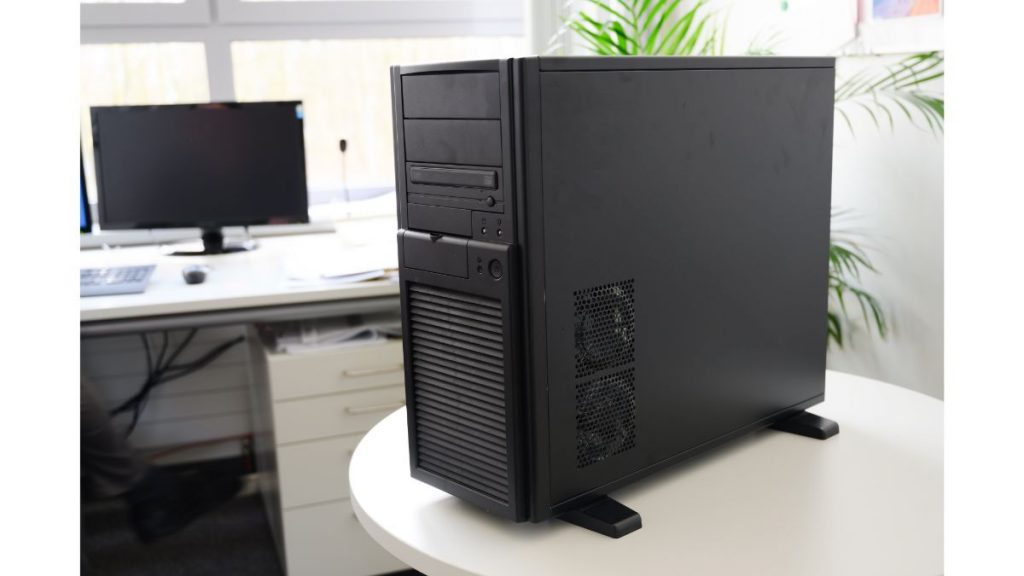 Soundproofing a computer is pretty straightforward; basically it entails either wrapping the CPU in a closed cell foam mat such as America foam, or actually lining the insides of the computer case with the same type of foam mat. The America foam would be glued to the inside of the CPU case itself and would cover as much of the back as is feasible, but still allowing adequate CPU and processor ventilation.

Generally with most computers, the annoying noise comes from the fans themselves; this is especially true with server racks in the larger data processing facilities.

At the point of entry for the ventilation, where the fan is mounted (generally at the rear of the CPU) one can construct a small baffle or what I refer to as a scoop, that directs the fan noise and air downward towards the floor. The baffle or scoop must be lined with the closed cell foam or America mat, which will allow the air to deflect, but will act as an absorber for the fan noise